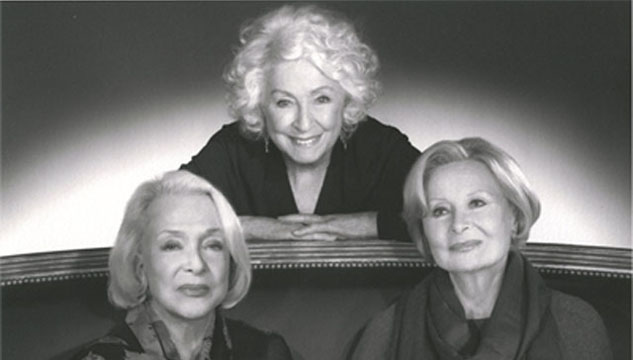 Danielle Darrieux, Michèle Morgan, Micheline Presle were the brilliant actresses of some of the best pre and post war French movies, and they remain immortal stars for French cinema-lovers. Over time their singular and similar destinies were linked and mingled for decades. All three started acting at the same age: 15, at the same time: the beginning of the 1930s. They continually came across each other during shootings and in their private lives. They shared projects, producers, directors, film scripts, technicians, partners and even a husband. When France was cut in half during WWII, all three lived in Cannes; then, at different times, they crossed the Atlantic to experience the Hollywood adventure where they each missed fantastic propositions. The stars whose names became the cornerstones of unforgettable films such as La Symphonie pastorale , Madame de… , Le Diable au corps interchanged roles, sung with the same clear voice, but never, ever did they play in the same movie. Today, these Trois Glorieuses finally get together during a historical photo shooting at the Harcourt studios. The film captures the moments of their private, and to some extent, of their professional lives that link them together, and offers the viewer a historical moment of cinema.