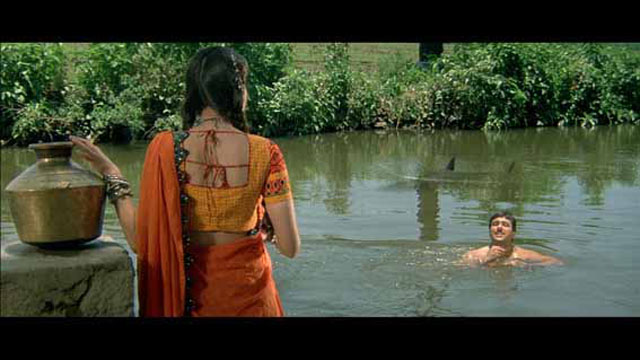 Take an Indian film (an hour and a half long!!!). A good Indian film. With action, emotion, suspense, and laughter. With Indian actors who act, dance, sing and smother themselves with tomato sauce when feigning a bloody head wound. What we know about these films: Sentiments and colours are intensified! Emotions are demonstrated physically! The bad guy is bad and the good guys are good! The music is up to the minute and the choreography is great! (Fame Academy had better watch out!) Now, watch the image with the sound turned down! And let Pascal LEGITIMUS and Eric LE ROCH re-invent a story, recreate the sounds and the atmosphere, rewrite the lyrics to the songs. They’ll give a new meaning to the film, helped in doing so by many well-known actors, who’ll lend their voices to the Indian actors on screen. This diversion isn’t a danger to your health. You simply risk killing yourself laughing!