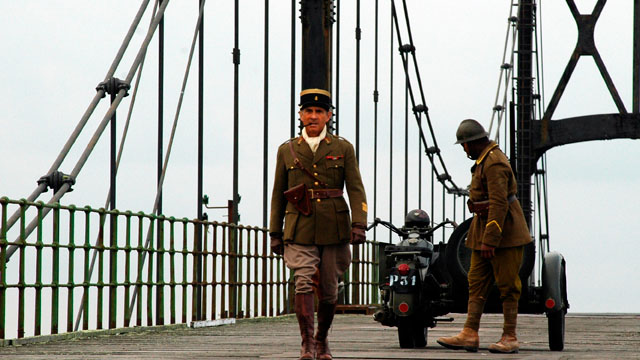 In June 1940, civilans and soldiers flee as the German army sweeps through France. A column of German armoured vehicles is soon heading for one of the last strategic bridges still intact. On the south bank of the river, a handful of soldiers prepare to make a desperate stand. It is a largely pointless act of heroism, but resistance or death are the only options open to them. Against this backdrop of fear and death, exodus and debacle, Henri Dragance, a writer serving in the army, meets Sylvie, a passionate admirer of his books. It is love at first sight.