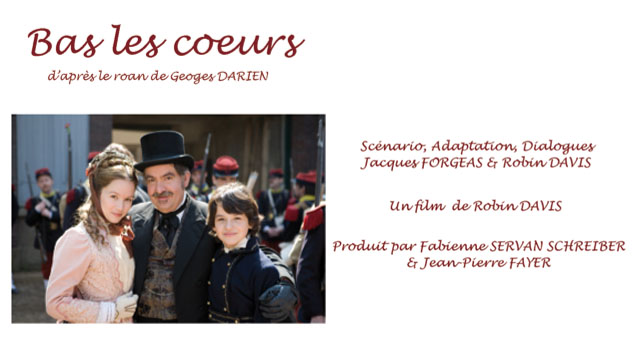 In 1870, France will soon declare war to Prussia. Settled in Versailles, mister Barbier and his family await for this war with confidence, like most notable, are full of praise for french army and are taking bets on the number of days it will take to sing the Marseillaise (french national anthem) in Berlin. The upper class, as always sat, and ready to give encouragements but never acting, just have nothing but one objective: to survive to the Commune riots. Whatever the cost even that of disgrace.

Jean, aged 12, the son of the family is disillusioned by this pathetic and coward world. Fortunately, his neighbour Merlin, calms him down and works to bring him to better ideas: the disgust of war decetions of patriotism and the love for generosity and forgivness.

A such neighbour could not do less than save the boy designated by his relations and family to sink.