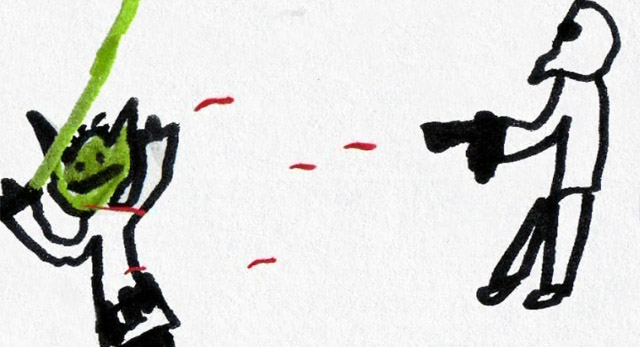 A lot of us remember this report published in 2005, by the INSERM (the National Institut Of Health and Medical Research), that Nicolas Sarkozy (then Interior Ministry), has used in his bill of delinquency prevention : in order to reduice delinquency, it suggested to detect the children’s behavioral disorders from the age of 36 month.

The INSERM’s expertise and its political recycling provoked a real collective protest. And then?

We have investigated, in particular in Canada, where were published most of caseworks that fed this expertise.

We have consulted in France employees of day-nurseries, schools, PMI (maternal infant protection’s office), teachers and of child-psychiatrists.

Meanwhile, for the first time, it is planed in France to register on a file minors who didn’t commit any crimes but likely to become delinquents (Edwige File), this documentary prompts us to think about the consequences of a such stigmatization of child, aged from 3 to 13.