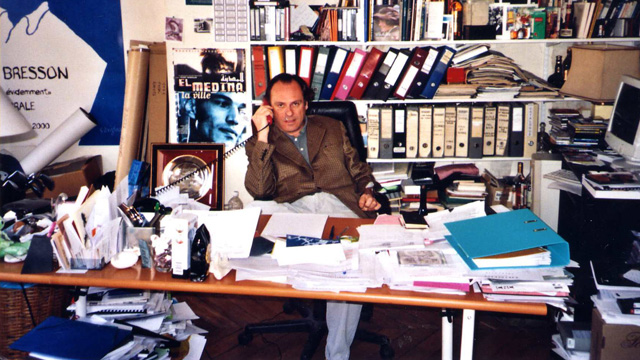 The emotion triggered in the film industry by the death of producer Humbert Balsan is tantamount to the depth of the emptiness he leaves behind. Always in motion, always in action, Humbert spent his energy without counting, putting it at the service of others and a specific idea of cinema. An absolute record for an independent producer, he initiated more than 60 films in twenty-five years, all being outsiders and all being risky, among which seventeen are signed by Arab directors. In this perpetual race, this commitment, more and more radical with time, Humbert Balsan ended up by burning his wings. Heir to an upper middle class industrial family, Humbert Balsan chose his way, away from the well-know paths. This portrait does not try to embellish reality, neither to pay him a tribute, because he isn?t there anymore. It draws the story of a man who couldn?t take the idea of a simple life. He wanted a great life, which he would choose on his own.