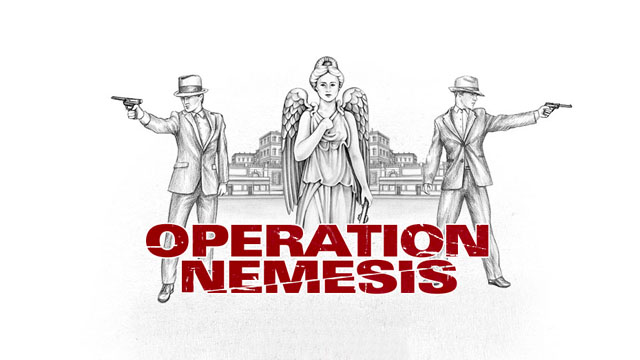 Nemesis is the Greek goddess of vengeance. In 1920, she took the form of an Armenian woman. Her goal is to avenge one million dead, and her strike force, a handful of young activists of the Armenian Revolutionary Federation. Her target: the pashas and dignitaries who held the reins of power in Turkey and who orchestrated what was, despite official denials, the first genocide of the 20th century.
Operation Nemesis is a dual-media project produced for ARTE, comprising an hour-long documentary and an interactive element. The film tells the story of the Armenian genocide and the process that led to its recognition through the trial of Soghomon Tehlirian. The web element offers an immersion into the secretive organization of Operation Nemesis, which set out to execute those held responsible for the Armenian genocide.