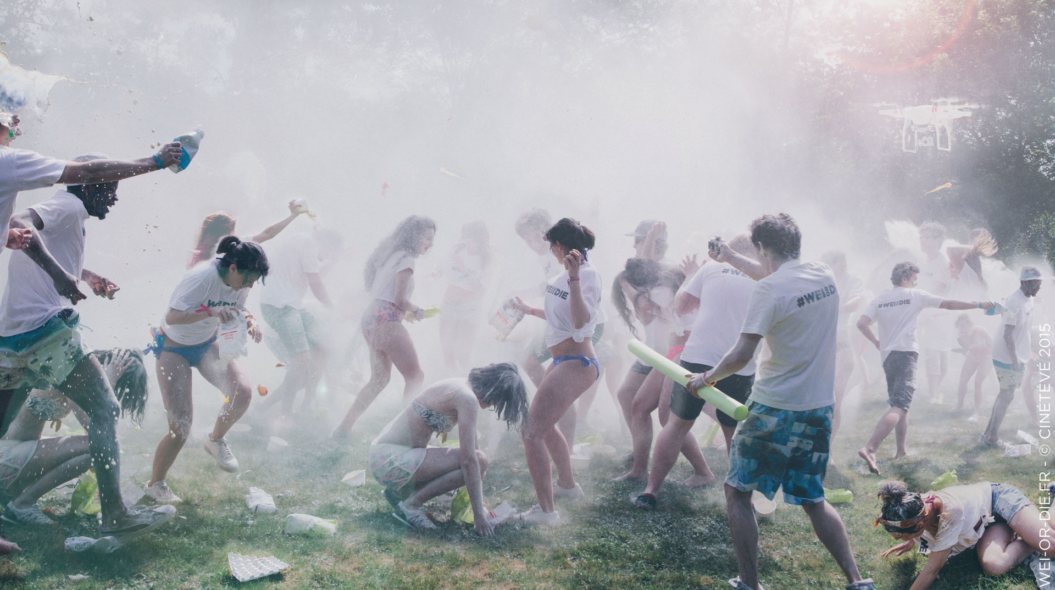 During a business school hazing week-end, the drowned body of a young man is found on the banks of a lake. When the police arrive, they confiscate all the footages shot by the students to try to clarify the grey areas and find out the truth.
All the videos shot throughout the week-end are resynchronized and organized on a timeline that the users can explore in real time. They select though which cameras they want to view the scenes and become the editor of their own movie, choosing to keep an eye on the characters they find the most charming, interesting… or suspicious…

WEI or DIE is a new kind of immersive technological drama which places the user at the heart of its interactive process. In a social thriller with a ‘teen movie’ atmosphere, WEI OR DIE stages a ‘WEI’ (weekend d’integration), a hazing week-end, throughout which a group of students keeps testing the freshmen’s limits to see how far they can take the party.