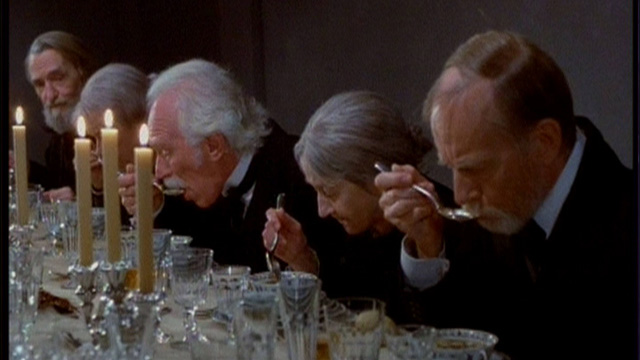 THE CINÉMA GOES TO DINNER

Motion pictures made the meal an essential inspiration way before the food trend and craze; since the dawn of cinema food has played a prominent role. The meal is used as a mean of conveying the nature, the weaknesses or strenghts of the characters, the social environment in which they evolve, the moral standards of a given time, and the sensorial and perceptible limits well suited for filmmaking. The Cinema goes to dinner spotlights the strength of the topic by seeking out the secret behind the great dining scenes, depicted with diverse lighting and perspective. Thanks to Claude Chabrol and Wong Kar Wai, Claude Sautet and Park Chan Wook, the new Asian icon, and such stars as Gerard Depardieu, Michel Piccoli, and Sergio Castellito (whom we met in his favorite restaurant in Rome), this documentary, fed by abstracts from great films celebrating this topic, reaches out to all movies , all gastronomies and all shows.